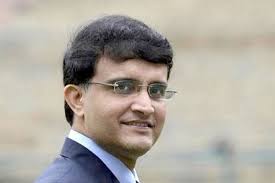 According to Graeme Smith, BCCI's President Sourav Ganguly could emerge as the top contender for the International Cricket Council (ICC) chief's role. Cricket South Africa (CSA) and its cricket director, Smith has held Ganguly's candidature as the best choice to lead the governing council.

Former India captain Sourav Ganguly was elected as the BCCI President in October last year on an interim basis, for a nine-month long term. As Ganguly tenure in BCCI could end in July, as the Supreme Court might now allow an extension to his term in office, the cricketing fraternity including CSA director Graeme Smith was of the belief that the former India captain's credibility will play an important role for the ICC in such unprecedented circumstances. Smith has hailed Ganguly’s candidature for ICC President as a huge positive for the governing council.

"The president of the ICC now becomes a very key position in terms of how the game can progress and progress at the right level. It would be great to see a cricket man like Ganguly to get into the role of the ICC president. That will be good for the game. He understands the game, he has played at the highest level and he is respected. That is going to be an interesting time for international and it is going to be a great appointment," Smith said on Thursday during an online conference with journalists, as quoted by Sportstar.

"He (Ganguly) has the credibility and leadership. Someone like Ganguly is best positioned for that (the ICC role)... He is got the credibility, leadership and can take the game forward. The elections are coming, there are, of course, few other names in the hat, but in my opinion, someone with modern (perception) for the game should be the candidate," the former South Africa captain said.

As current ICC chief Shashank Manohar's term is nearing towards its end, there are speculations on Ganguly taking up the spot and the result could be decided in all-important ICC board meeting on May 28 decides. Besides Smith, even CSA’s acting Chief Executive Officer Dr Jacques Faul has agreed with the former South Africa’s captain’s statements.

"We have always closely worked with India and it must play a leadership role in the FTP and a responsible one. Our engagements with Sourav has been positive and his willingness to help us. We have checked with the leadership of CSA on if we would support an Indian candidate (as the ICC chief) and and at this stage, we would. From CSA point of view, we don't see problems in supporting an Indian candidate. But, we need to look who are the others nominated," Faul said.